Help us protect the environment and animals

Both one time and monthly donations will be debited in equivalent Rand values against your currency.

Have ZAPPER?
Scan this QR code to donate R50 to support South Africans fighting for a greener and more just world. 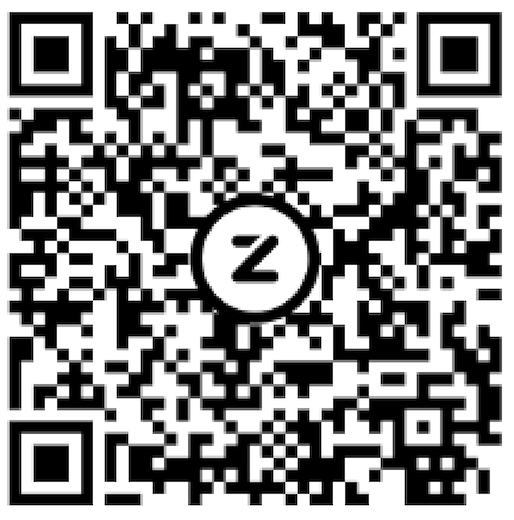 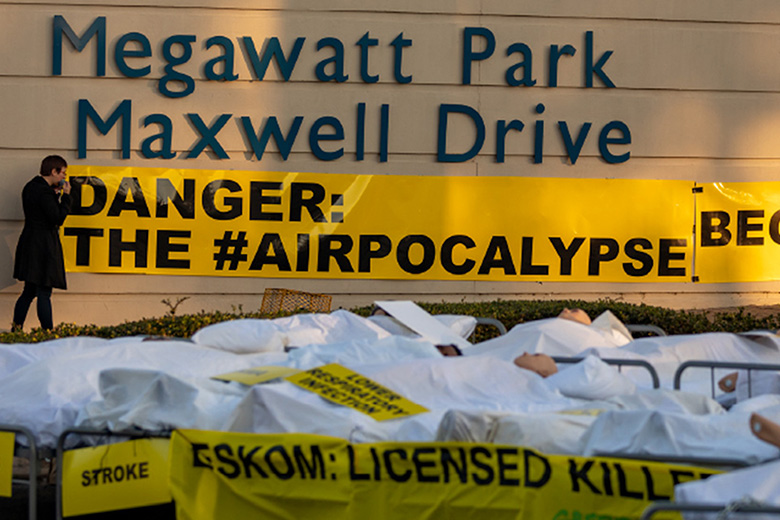 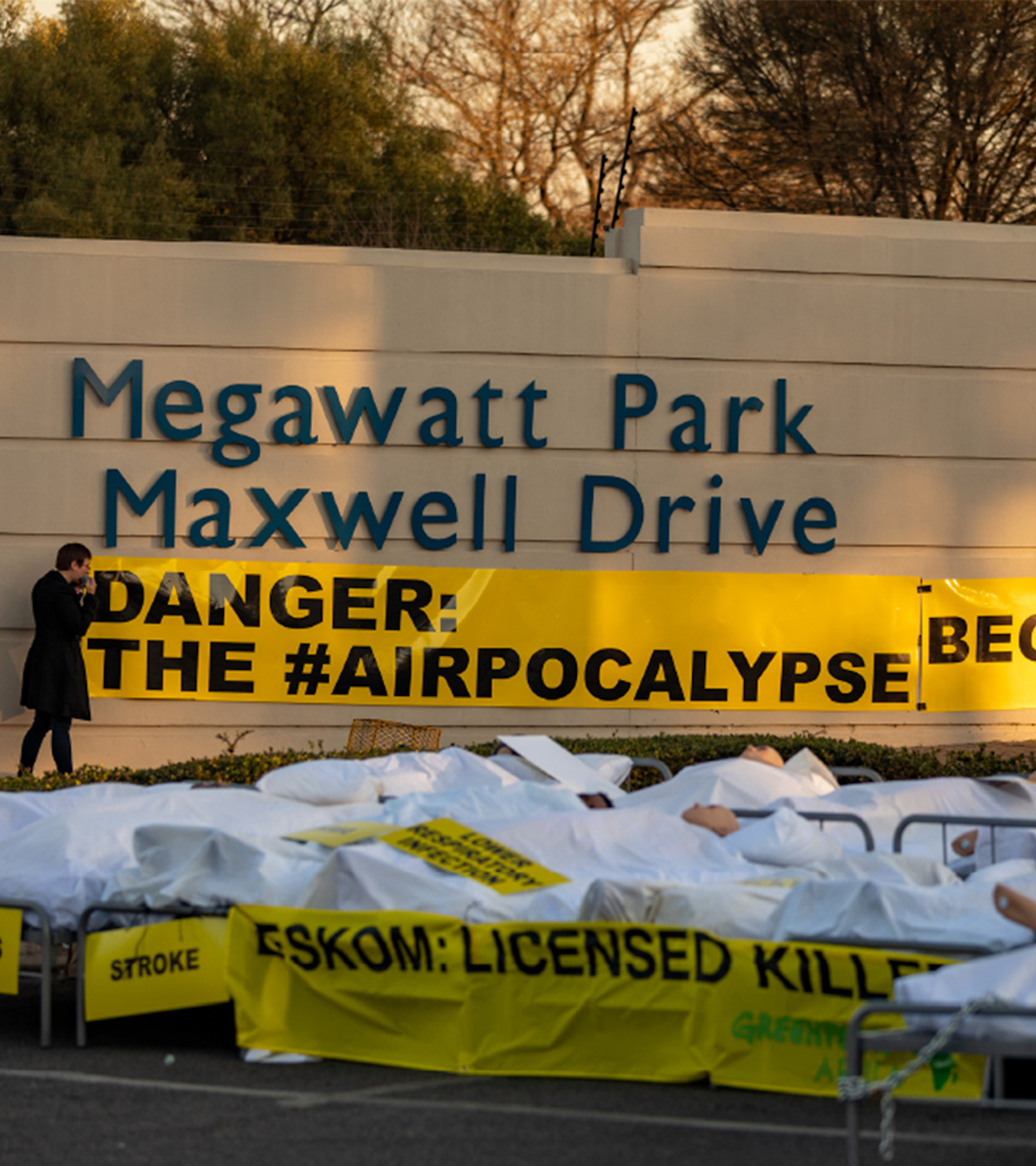 My name is August Maluka, I am a Climate and Energy Mobilisation based in Johannesburg. I have been with Greenpeace Africa for 5 years.

Activists from Durban, Johannesburg and Cape Town took part in the action. The action was done in the early hours of the morning on a freezing day, but that did not stop us. We blocked the entrance into the office so that employees could not access the premises. We blocked the gates with hospital beds with mannequins lying on the bed to showcase how the air pollution caused by coal fired power stations owned by Eskom are killing people and causing severe illnesses. Our ask was simple: Eskom must transition to Renewable Energy because it is safe and does not cause harm to the planet and people.

We wanted to communicate a clear and concise message to minister Barbara Creecy to tighten the laws on the minimum emissions standard because of the increasing levels of C02 in South Africa which exacerbates the current global climate crisis.

The action had a high impact to the point that it caught the attention of the National and Global media which sent a clear message to the rest of the world about the need to transition to renewable energy. 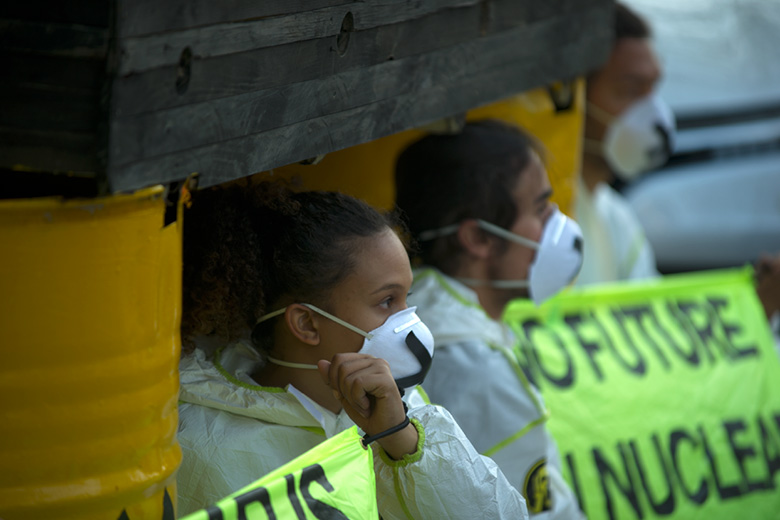 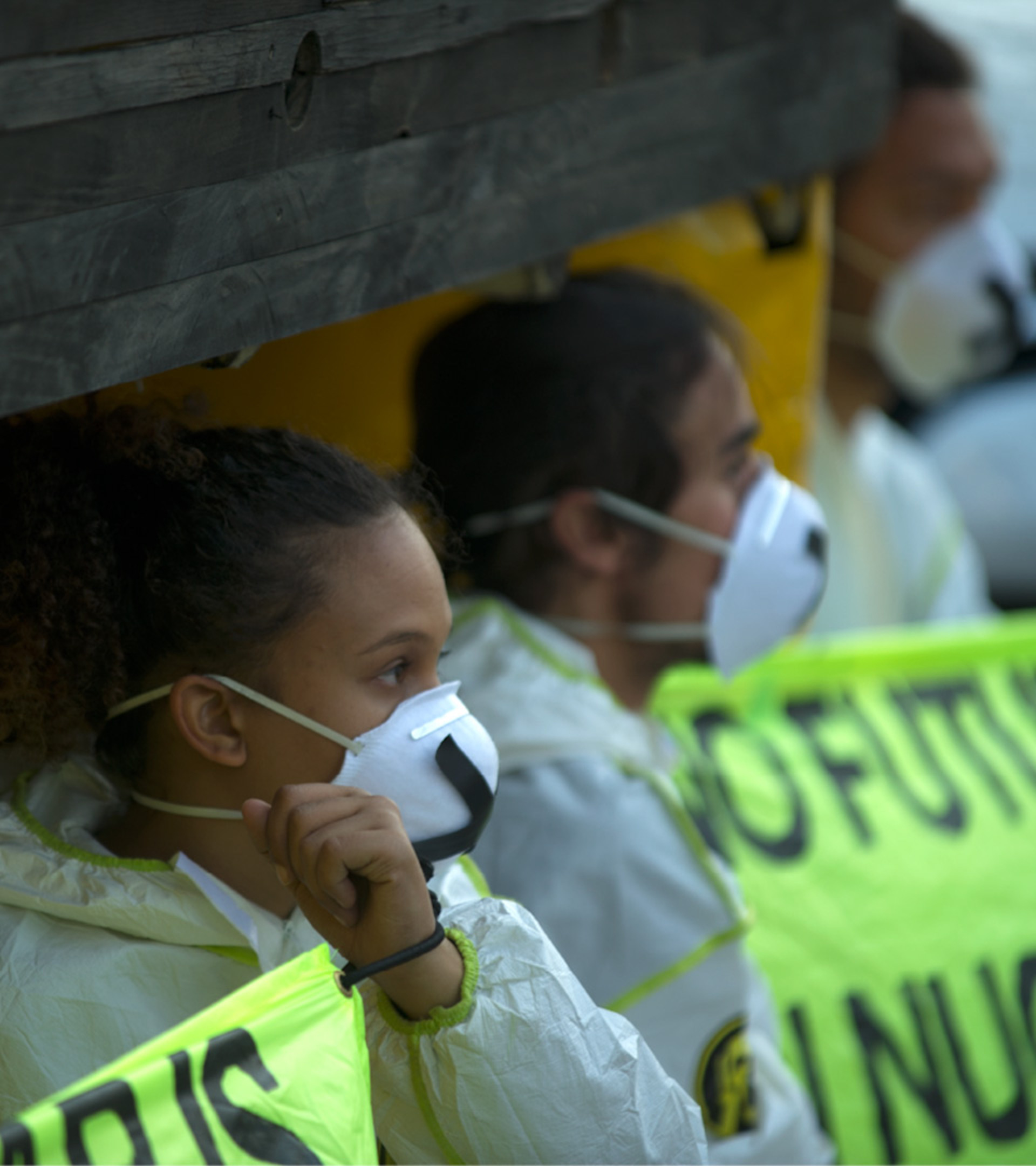 The nuclear action at the IDC in Sandton was one of the boldest nuclear protests staged by Greenpeace Africa. Activists, staff and volunteers held banners saying ‘Phansi Nuclear Phansi’ and ‘Stop Nuclear Now’ targeting delegates at the Africa nuclear conference hosted by South Africa.

At the time of the action Greenpeace had been campaigning about the risk of nuclear expansion in the wake of the Fukushima disaster, citing cost, dangers associated with a nuclear spill, and the need for the government to increase its share of nuclear liability in the event of an accident.

The action was meant to be a peaceful protest, activists held their messages at the entrance to the IDC building for the delegates to see and there was no anticipation of any kind of violence. But the security guards at the IDC attacked Greenpeace Activists, pulling them and dragging them off the premises into police vans. Some journalists who were invited to cover the peaceful protest were taken for activists and were attacked too.

The consequence of all the drama was an unprecedented media coverage of the story. The action was a key moment for the nuclear campaign and as the years went by and the conversation started to go into the corruption and lack of transparency involved in the nuclear expansion plans, more and more South Africans added their voice to the call for ‘No Nuclear Now’, which eventually led to the decision by the South African government to abandon its nine-fold nuclear expansion plan. 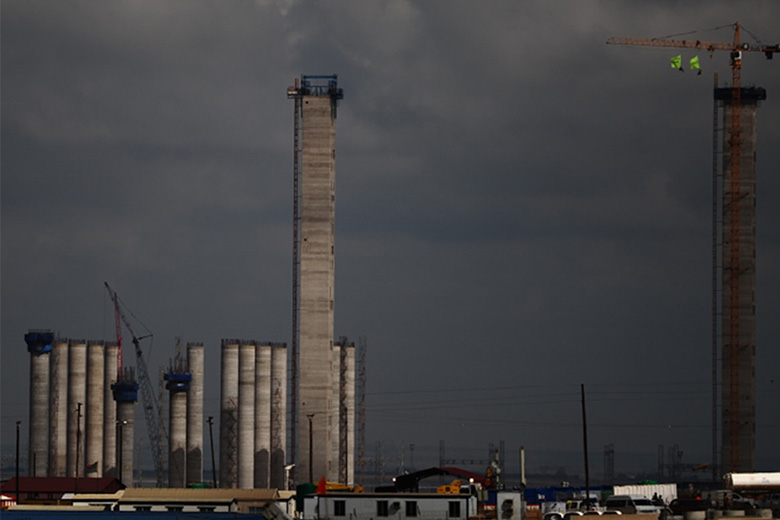 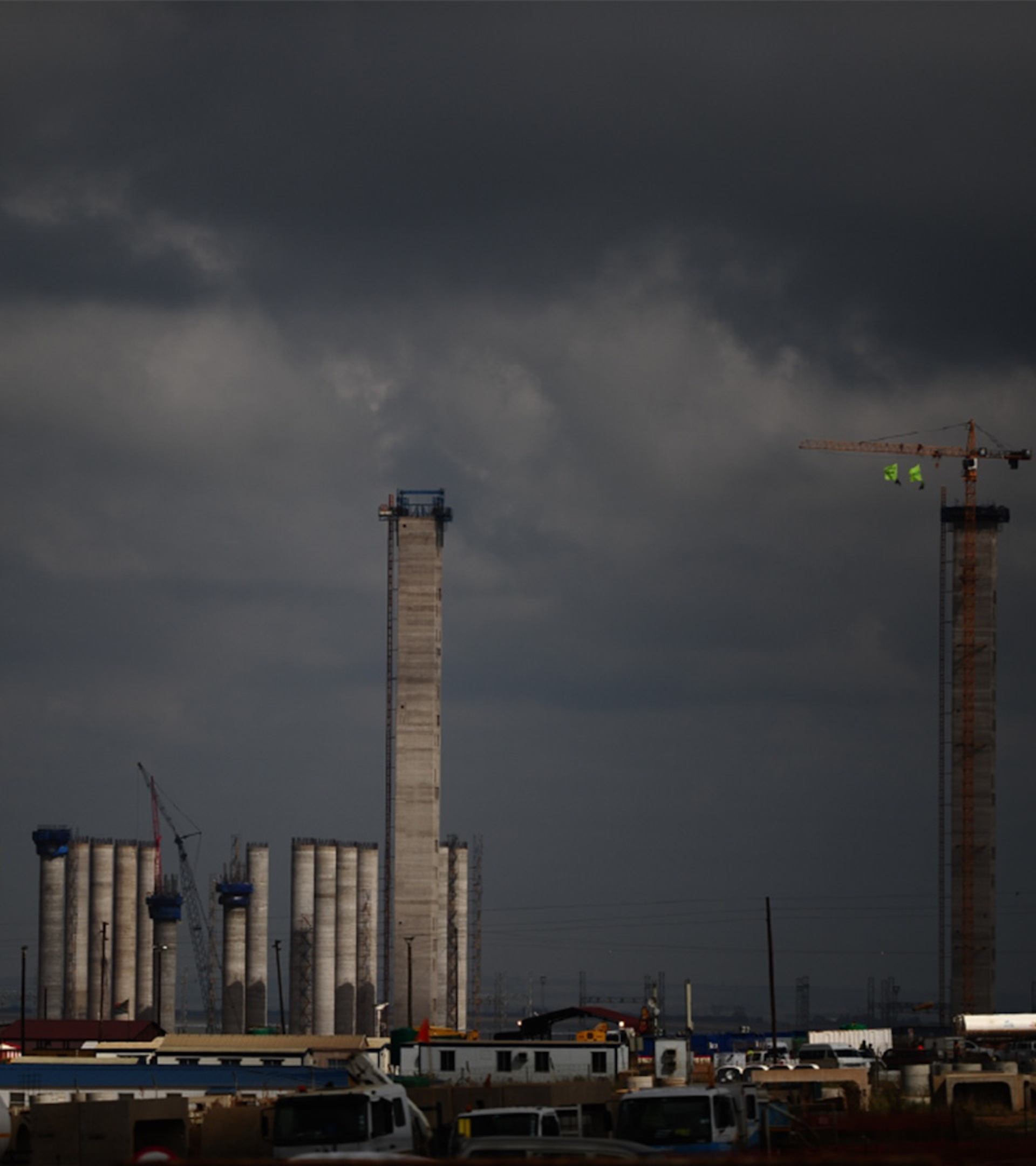 I am a journalist by profession; and an activist at heart. I became a journalist to change the world. And for the past decade, I’ve used my media experience and networks to support South African non-profit organisations in their social justice advocacy.

Growing up in one of Johannesburg’s dusty townships as a gay man was incredibly stressful. There was always the threat of violence. I’d been attacked a number of times at school. I also developed a deep fear of homelessness, having witnessed so many of my friends being kicked out of their homes on account of their sexual orientation. I spent most of my adult life trying to create my own safe space; and protect the dignity of society’s most vulnerable groups.

Now, in the thick of the climate crisis, that feeling of insecurity is creeping up on me once again. It took such a long time to build myself up and the thought that it can be easily swept away scares me. But, fear and hope has driven people like me to act, and that is why I cannot allow the climate crisis to rob me and my community of the beautiful future we fought tirelessly for. None of us should! We overcome adversity on a daily basis. We cannot afford to give up on ourselves now.

Defending Our Right To Clean Air 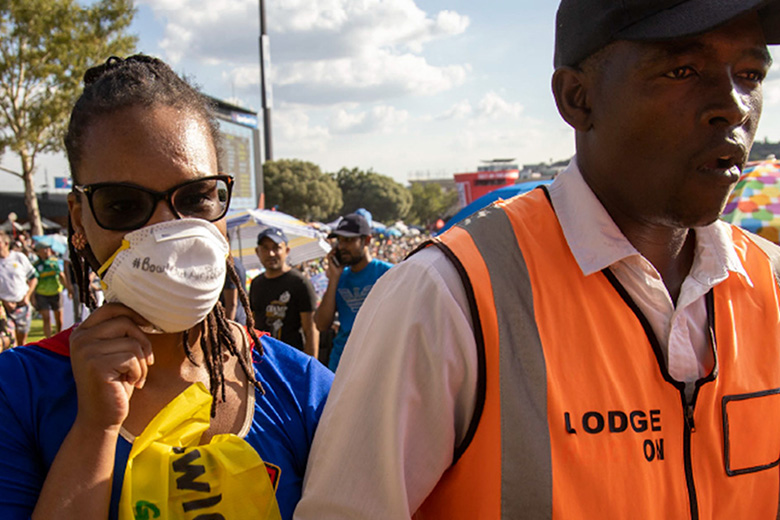 Defending Our Right To Clean Air 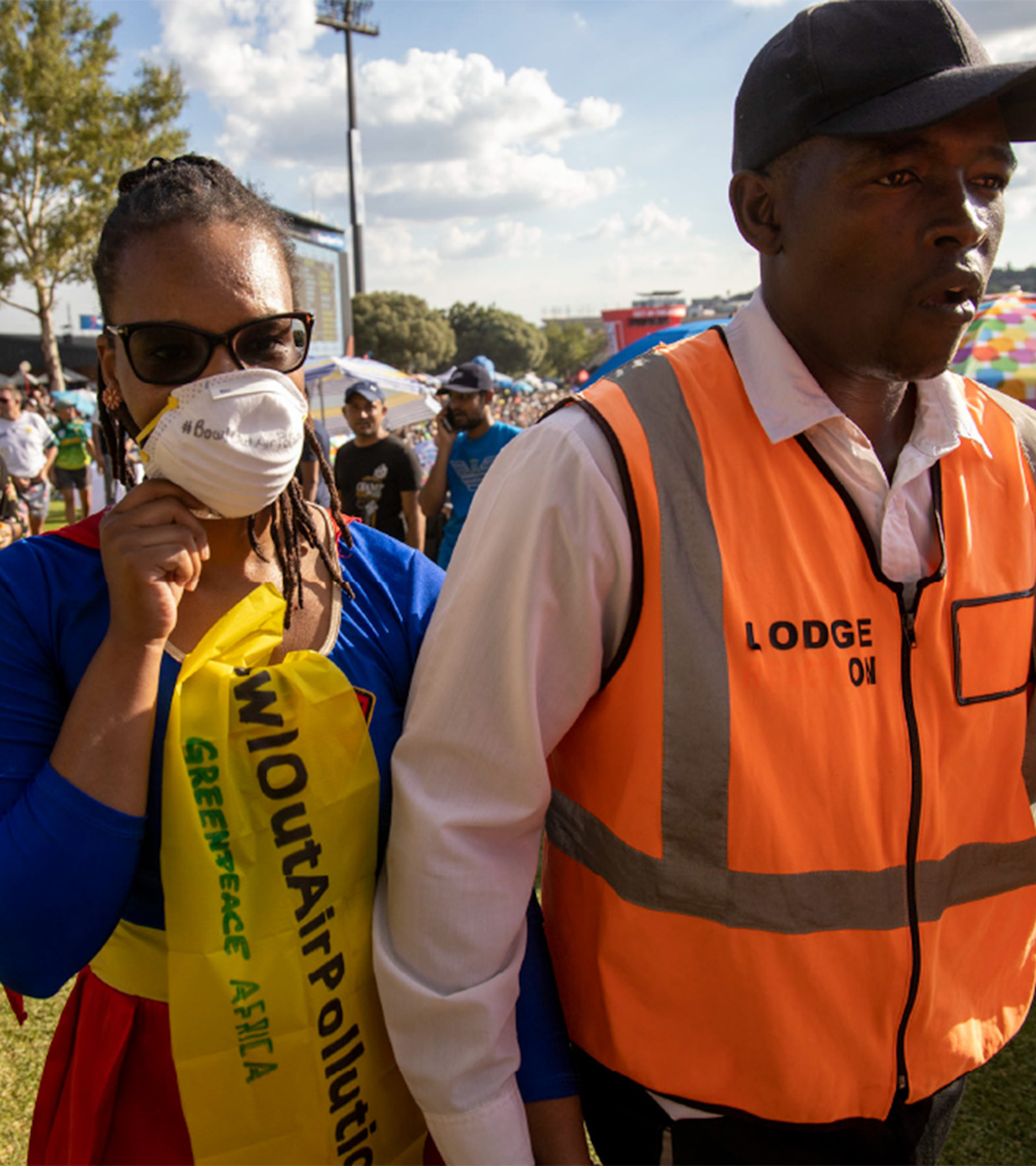 Defending Our Right
To Clean Air

The action was to raise awareness and send a message to Minister Barbara Creecy regarding the declining air quality in South Africa and to hold significant polluters accountable.

Postponing endeavours to halt declining air quality has a harmful impact on human wellbeing and the environment. We ought to act presently to moderate CO2 emissions, which have a negative effect and possibly irreversible results for global warming, rising sea levels, food security and public health.

The action caught international attention, and all our efforts did not go in vain. Our message was loud and bold. Although our message was directed to the minister, we managed to reach millions of South Africans and teach them about the harmful impact of air pollution on their health.

Activities to decrease short-lived climate toxins will create a critical near-term benefit. This will back the ambitions of the sustainable development goals. Progressing human well-being, reducing vulnerability, driving economic growth and innovation, is important if we want to live in a world that benefits us all, not just a select few. 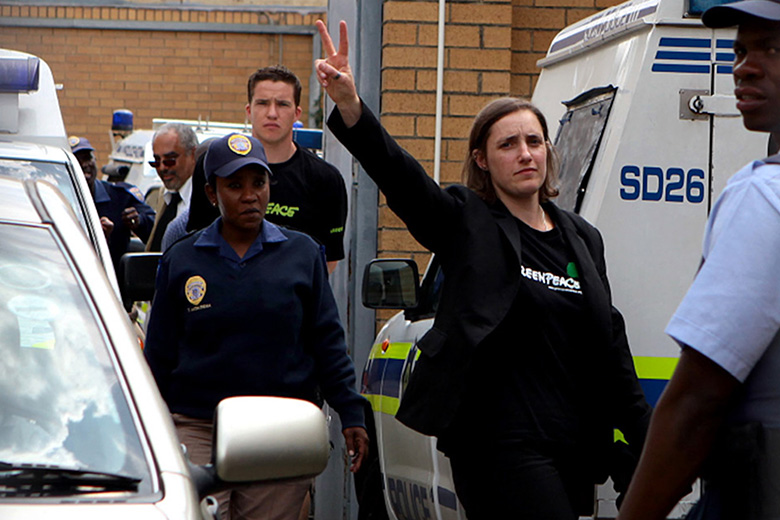 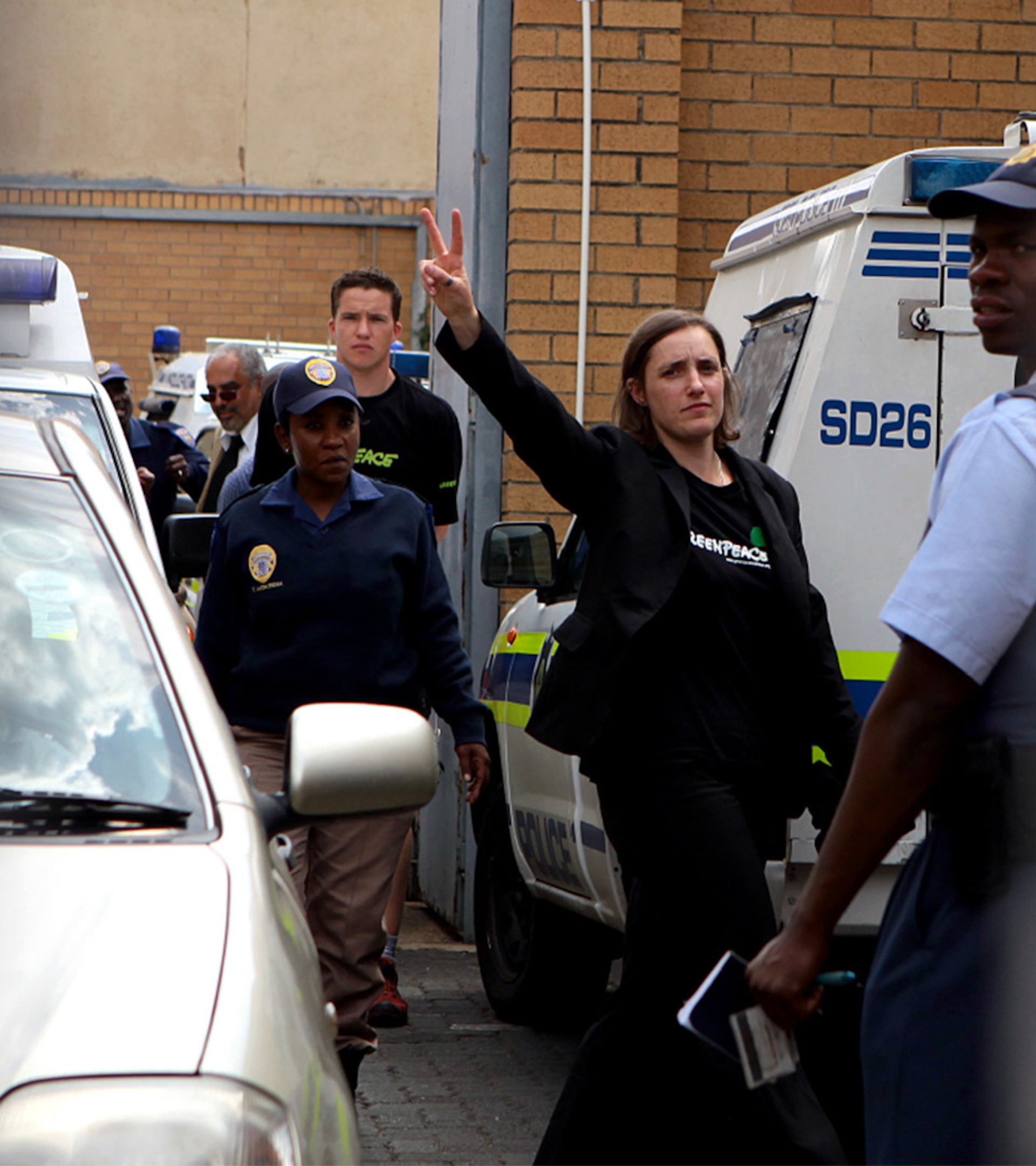 In 2019 Greenpeace Africa had an important victory when the amount of nuclear liability in South Africa - the money that a nuclear operator would have to pay in case of a nuclear accident - was tripled after six years of Greenpeace Africa taking legal action. We took action to push the government to revise the levels of nuclear liability to protect taxpayers from the potentially astronomical costs of a nuclear accident. South Africa’s nuclear liability regulations were ridiculously out of date, even after the Fukushima nuclear disaster in Japan which cost more than R500 billion.

The reality is that nuclear is never safe, and is always at risk from a deadly combination of human error and technology breakdowns.

This victory means that those who have nuclear licences would have to pay a substantially bigger portion of the cleanup costs after any nuclear accident. Investments in renewable energy technologies offer a cost-effective and safe alternative to providing much needed electricity in South Africa. This victory was hard-won after many years of campaigning and legal action, and it’s proof that we can and will win victories that start to build a better future. We will not give up, only push harder for change.